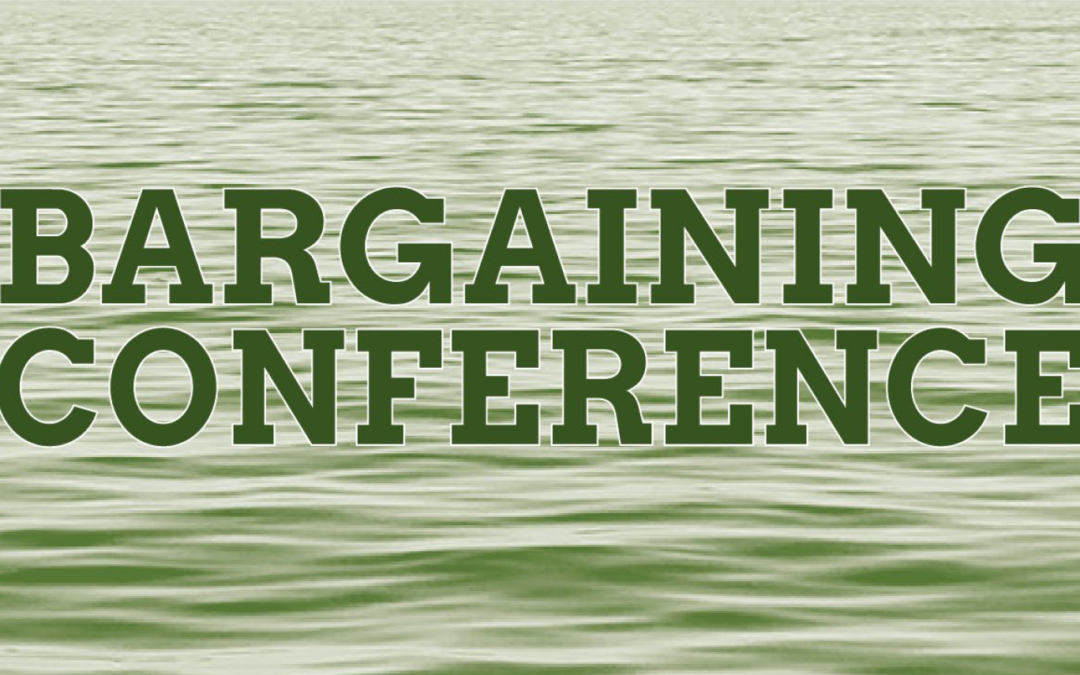 Discussing the bargaining conference (October 6), HCPC members voted to shift from an in-person to a virtual event. Even with current health orders allowing for a hotel-based conference, the presidents cited individual comfort levels and travel issues during the pandemic, unpredictable shifting of health orders, and capacity issues with the hotel as a few reasons an in-person event would not be feasible.

Discussion about the conference proceedings included confirmation of guest speakers from the BC Health Coalition—Labour Co-chair Edith Machattie and Organizer Audrey Guay—and an update on the recently launched bargaining survey for Community Health Bargaining Association and Health Science Professionals Bargaining Association members. Survey results will be presented at the conference for discussion while delegates set priorities for the next round of bargaining. Members have until September 24 to complete the survey.

During the meeting, HCPC members discussed various elements of a cost-shared campaign proposal submitted to CUPE National. The campaign calls for member engagement in building public awareness about their critical work during the pandemic and COVID-19’s impact on their mental health.

Also at the meeting, CUPE 15’s CBA sector representative, Mona Mirzayan, was acclaimed as HCPC recording secretary for the remainder of the term.